As we walked down the train tracks, I could make out the headlights of an oncoming train in the distance.  I had never been on the tracks with a passing train.  It was moving very slowly, apparently in the distance its rear load was being adjusted in the rail yard.  It came past us for a minute, and backed up, we waved at the conductor. 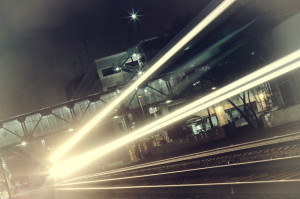 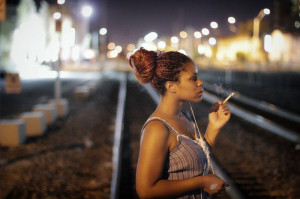 I met this woman passing by, asked for a portrait, she looked suspicious as hell but what’s new for a street photographer…  I asked her to take a drag, let her know if there was an email address I could send the portrait, she nodded no and just walked on. 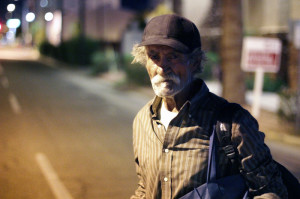 “Camera…  Camera..” was the only thing this man said as I passed him.  I thanked him for the portrait and he didn’t look back. 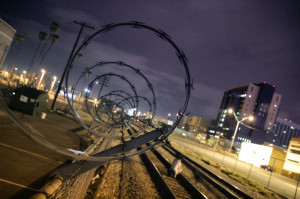 My buddy sets up for a shot as I use my camera to see what it looks like inside the security wire spiral. 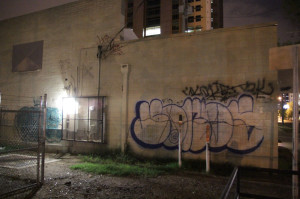 Quiet spot next to the rails, homeless man out of frame on the right peacefully sleeping.  About 5 minutes earlier I was cussed out by some dude for getting to close to his spot.